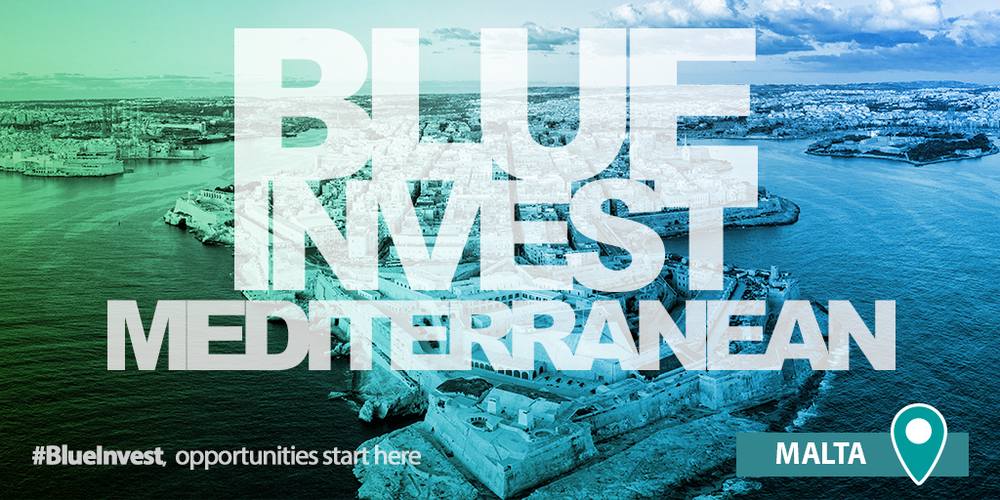 The Westin Dragonara Resort, Malta
Blue Invest in the Mediterranean 2019

Andrew Smith is the Former Head of the £103m Renewable Energy Investment Fund by Scottish Investment Bank - investing debt and equity in a range of marine, low carbon and community owned renewable energy projects - and former Head of Investment for DP Energy - a renewable energy and sustainable development specialist operating in sites across the world. He is now running his own consultancy, Deja Blue Consulting, helping shape projects & businesses and raising finance for them and their projects. He is an Associate of Greenbackers Investment Capital specialising in raising ­finance for low-carbon, clean tech and climate change businesses.

Noémie Wouters is proud Alumni of Ghent University where she graduated in marine biology in 2006. In 2015, she obtained her PhD on the effectiveness of marine resilience assessment tools from the University of Lisbon. She was co-supervised by a Brussels-based biomimicry consulting company. In her research, she developed a cooperation-network in the US, Australia, UK, Portugal, Spain. She is now in charge of two functions:

As Blue-Growth liaison officier on behalf of the University of Ghent, she is their knowledge broker for marine and maritime stakeholders. Indeed, she represents Marine@UGent, a consortium of Ghent University joining over 400 Blue Growth researchers. She has also the CEO responsibility of Greenbridge, the University of Ghent incubator at its Ostend campus. GreenBridge has the ambition to become entirely focused on marine and maritime services for start-ups and tech-companies.

Her network reaches also into the marine industry through business developers, including DEME, a marine contractor and engineering company operating worldwide and Energy Port of Ostend's Blue Energy. Last but not least she contributed to marine policy making by cooperation with a European Institution that develops common position on European Marine Science research priorities.

In short Blue Growth is her passion.

Ivan Ebejer is responsible for EU financial instruments at the Malta Development Bank, tasked with assisting the Bank in accessing European funding opportunities as well as in the design and development of financial facilities.

Prior to joining the Malta Development Bank, Ivan served as Investment Contact for the Investment Plan for Europe at the European Commission Representation in Malta and economic analyst with the Commission’s Directorate-General for Economy and Financial Affairs in Brussels.

Ivan is also visiting lecturer at the University of Malta, where he teaches a course on the Economics of European Integration.

Shiblee Alam is based in London and has over 20 years of experience in investment banking and asset management. Prior to joining 8F Investment Partners, Shiblee was in charge of Business Development for Alternative and Impact Investments at AXA Investment Managers (AXA IM) where the team managed a USD 500 million Impact Investments program and more than USD 10 billion in Hedge Funds and other alternative investment solutions for institutional clients, globally.

In the nineties, Shiblee was an FX derivatives trader with major banks such as BNP Paribas, CIBC and American Express between Paris and Toronto.

Shiblee holds an MBA in International Finance from McGill University and is a CAIA designee.

Emma Navarro has been a Vice President of the European Investment Bank since June 2018. She is a member of the EIB’s Management Committee, which draws up the Bank's financial and lending policies, oversees its day-to-day business, and takes collective responsibility for the Bank’s performance.
Before joining the EIB, Ms. Navarro was General Secretary of the Treasury and Financial Policy in Spain and Member of the Bank of Spain Governing Council and Board Member of the Spanish National Securities Market Commission. Prior to this, she had been President of Instituto de Crédito Oficial (ICO), Director of the Office of the Minister for Economic Affairs, Industry and Competitiveness and advisor at the International Monetary Fund. Previously, Ms. Navarro held various positions in the public sector in Spain.
In 2005, Ms. Navarro became “State Economist and Trade Expert” of the Spanish Administration. She holds a degree in Law, a master’s degree in EU law from CEU San Pablo University and a joint postgraduate degree in EU law and economics from Madrid’s Complutense University and the Sorbonne in Paris.

Samuel Bachelot has been working at Atlanpole (Nantes, France) since 2005. As BIC manager (Business & Innovation Centre) and coach in business development, he has supported innovative companies and entrepreneurs from various sectors in their development strategy and in fund raising. Previously, he had also been in charge of proposals and operations management within 2 major companies from the environmental sector for 10 years. He graduated from Arts & Métiers ParisTech, a French “Grande Ecole” in Engineering, and holds a master degree in Business and Finance.

Andrea Liverani is the World Bank Sustainable Development Program Leader for EU countries. Based in Brussels, Andrea is responsible for strategic alignment and quality of WB operations in areas including environment and climate, agriculture, urban development and social inclusion, as well as key infrastructure sectors such as water, energy, transport and ICT.

Andrea has 20 years of development experience built through research, financial and advisory support to governments. His time at the World Bank saw him lead and contribute to the design and management of financing operations, technical assistance activities and analytical products, often with a focus on leveraging financing to incentivize reforms. After working on the World Development Report on Development and Climate Change, Andrea led the preparation of conditionality-based financing operations on climate change and green growth, including blue economy sectors such as aquaculture, fisheries and coastal zone management.

Between 2002 and 2005, Andrea worked for the OECD Development Assistance Committee Secretariat on evaluation of DAC members’ development programs, results based financing and aid effectiveness. He previously held positions in government, academia and private consulting. Andrea holds a PhD and an MSc from the London School of Economics. His publications record spans his professional career.

Michael Eckhart is a Managing Director and Global Head of Environmental Finance in Corporate & Investment Banking at Citigroup in New York, serving clients in the U.S., Europe, Middle East, India, China, and around the world.  He led Citi’s work in establishing the Green Bond Principles.  He is actively engaged with REN 21, the IEA’s Renewable Advisory Board, the International Renewable Energy Agency (IRENA), and the Atlantic Council.  He also is an Adjunct Professor at Columbia University’s SIPA graduate school, teaching an evening course in Environmental Finance.

Prior to Citi, he was founding President of the American Council On Renewable Energy (ACORE) which he led for ten years, building to 600 organizational members, an Advisory Board of 25, a Board of Directors of 17, and a staff of 20 plus interns.  ACORE convened on policy, finance and business, and established communications and programs on behalf of the entire renewable energy sector.

Previously, he founded the SolarBank Initiative, establishing some of the original financing of solar energy in Europe, India and Africa.  Previously, he had a 15-year career in power generation with United Power Systems, Aretê Ventures, Combustion Engineering, General Electric and Booz, Allen & Hamilton, where he conducted many of the original studies on new energy technologies in the 1970s, including some of the first national assessments of solar, wind, geothermal, biomass, cogeneration, storage, fuel cells, and advanced coal technologies for the Carter White House.

He has received a number of awards including Renewable Energy Man of the Year of India in 1998, the Skoll Award for Social Entrepreneurship in 2008, and the International Solar Energy Society’s Global Policy Leadership Award in 2013.

He served in the U.S. Navy Submarine Service and holds a BS in Electrical Engineering from Purdue University and an MBA from Harvard Business School.

Mark has been running the EU & Institutional Affairs section of Bank of Valletta through its Malta and Brussels offices since setting them up in 2012.  He is tasked with improving access to finance for SMEs through the provision of EU funded financial instruments. Over the past six years Mark has mobilised over 140 million Euro in private funds for Maltese SMEs.

Between 2004 and 2012 Mark was tasked with setting up the EU funding unit within Malta Enterprise which successfully tapped over €45million in EU funding for Maltese enterprises. Prior to 2004 Mark worked as a consultant with Arthur D Little in Cambridge, UK and the EU Commission in Brussels.  Mark studied life sciences at the University of Malta and later specialised in environmental assessment and evaluation as a Chevening Scholar at the London School of Economics and Political Sciences.

On a personal level, Mark is engaged by the EU Commission and United Nations as an expert in the fields of access to finance and environment and is a member of the Board of Directors of the European Investment Fund.

Angelo Dalli is a serial entrepreneur with involvement in a number of companies in the Technology, Entertainment and Gaming industries. Since the late nineties he has distinguished himself for his ability to combine deep technical ability (he holds a Ph.D. in Computer Science) with commercial acumen. Through his innovative disposition, ability to build and lead teams, he has secured over 21 investments into his ideas from EU funds, Private Angel Investors and Venture Capitalists, propelling his companies into the international domain. Angelo is a fully accredited member of EBAN, the European Business Angel Network. Angelo is also invested in the London based Seedrs, the leading European crowdfunding site with over 280 investments, and is regulated by the UK FCA.

Angelo has been involved in four IPOs, one on NASDAQ in the US, two on NASDAQ OMX in Sweden, and the Oslo Borse with a total market capitalization totaling over €500 Million. In his role in Research & Development, he has authored over 23 conference papers in Europe and the US focusing on the application of AI, Natural Language Processing and Search Engine technology to a number of industry verticals and domains. Angelo has also represented Malta in various international events and one of his first international achievements was to win a bronze medal at the International Olympiad in Informatics (IOI) in 1995.

Angelo’s profile is a realization of the mantra he works by ‘To create scaleable, repeatable technology businesses that lead by innovation’.

John has worked in the seafood industry all his life, working for many different companies and organisations in Scotland and in his native Shetland Islands. For many years he was owner and Managing Director of his own fish farming company, specialising in the farming of organic salmon.

Since selling this business, John has worked for Prince Charles International Sustainability Unit – mainly on fisheries and aquaculture issues. As well as currently serving on various Government advisory bodies, John now acts as an Expert Advisor to Althelia Ecosphere. He is also the Independent member of their Investment Committee.

Martin Berg is the head of the Environmental Funds and Climate Finance Policy Unit at the European Investment Bank (EIB) in Luxembourg leading a team focusing on investments in private equity and debt funds related to the environment and clean infrastructure as well as helping to coordinate the EIB's climate finance activities.

Prior to his current role, Martin coordinated the monetisation activities of the NER300 Initiative for the EIB, which raised over EUR 2 billion to fund innovative renewable energy technologies and carbon capture and storage demonstration projects. Martin joined the EIB in 2011 from Bank of America Merrill Lynch (BAML) in London. Prior to his time at BAML, Martin worked at RNK Capital LLC, an environmental investment firm in New York, and the Organisation for Economic Co-operation and Development (OECD) in Paris.

Martin holds an MPA from Columbia University and an MA from the University of Bonn. 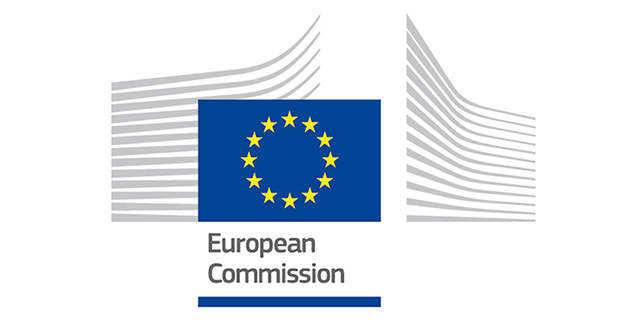